Is there a ‘food vs fuel’ conflict?

Not with ethanol. In fact, ethanol production makes ‘food AND fuel’. 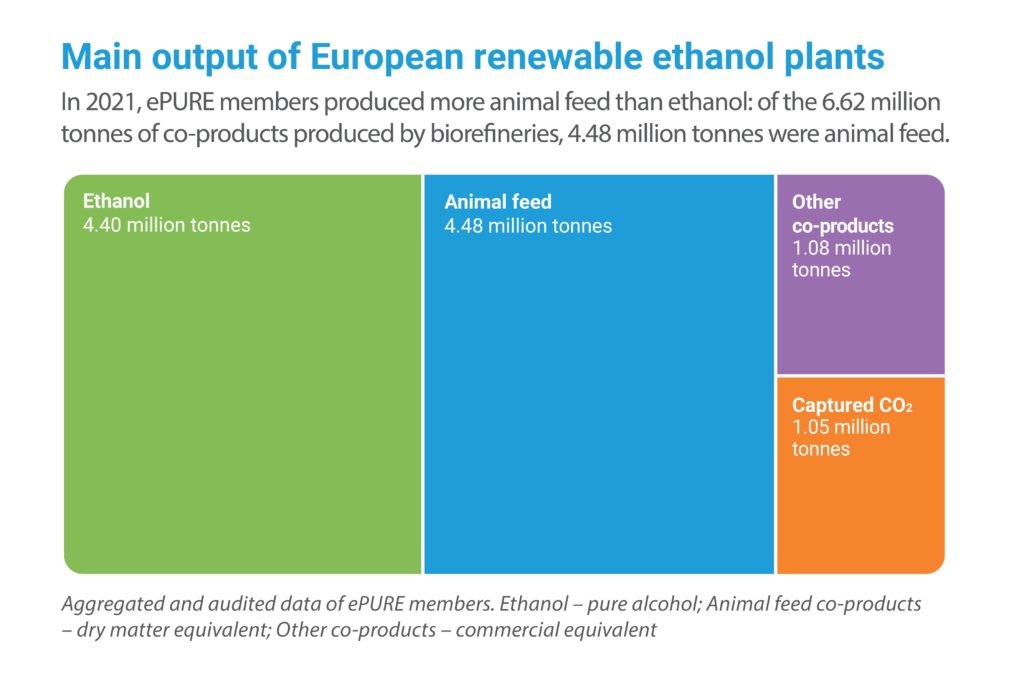 That makes it a home-grown solution. Ethanol production in Europe helps offset the heavy EU reliance on imported protein for animal feed use. In 2020 the EU had to import more than 22% of its protein demand, mostly in the form of soybean and oilseed meal. European renewable ethanol production alone supplied around 1.7% of the protein feed of EU origin. Therefore, without European biofuels, the amount of soybean meal that would have to be imported from third countries would increase significantly.

In fact, over 60% of food price increases are caused by crude oil spikes. As most crude oil is imported in the EU, this contributes to a trade deficit and damages both farmers and consumers who lose from such spikes. By displacing fossil fuels, biofuels can mitigate the effect of crude oil on food prices [5].